Tan Son Nhat Airport to be re-routed for overpass construction 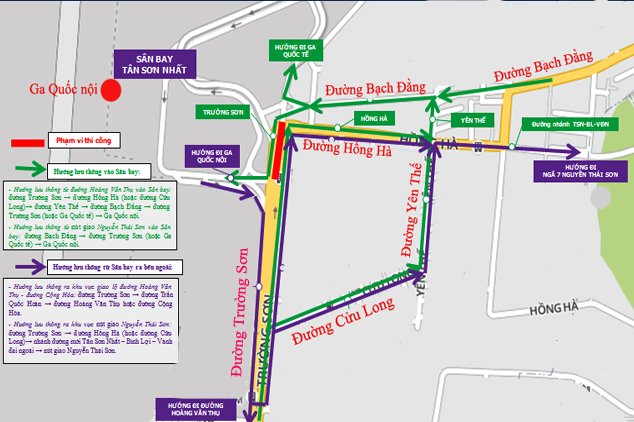 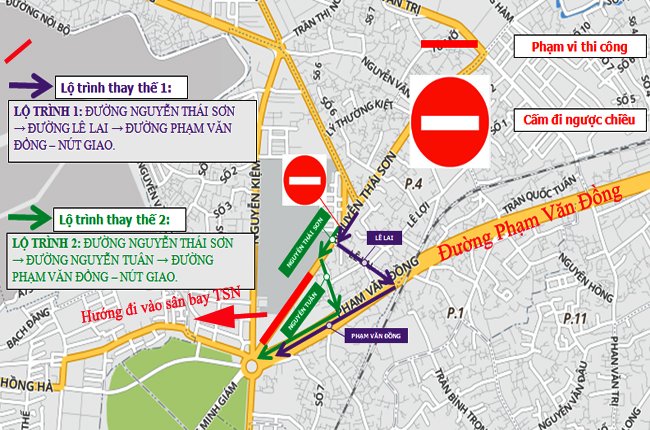 A number of streets around Tan Son Nhat International Airport in Ho Chi Minh City are set to be re-routed to make way for the construction of two traffic-easing overpasses.

Starting Saturday, vehicles traveling through these two construction areas will be re-directed to allow for smoother traffic flow in and out of the southern hub’s airport, according to Ho Chi Minh City Urban Traffic Management Zone 1.

To ease congestion in the area, the section of Yen The Street flanked by Hong Ha and Bach Dang Streets will only open to one-way traffic traveling from Hong Ha to Bach Dang.

Vehicles approaching the airport from the Nguyen Thai Son – Nguyen Kiem roundabout will also be redirected to Bach Dang Street in order to access the airport’s domestic and international terminals.

Traffic police will be deployed near the construction sites to direct vehicles onto the new routes and penalize parked taxis causing congestion near the front of the airport.