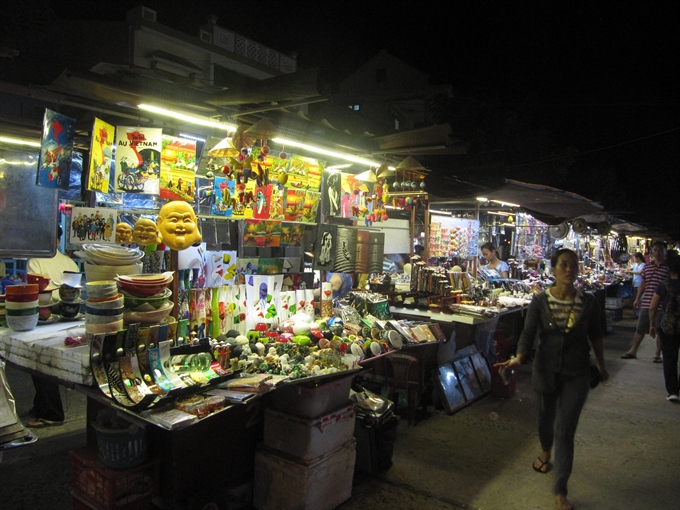 HÀ NỘI — The moon is getting full and the Mid-Autumn Festival is approaching so close to every corner. The festival is traditionally for children but now, adults also wait for it.

Hà Nội Old Quarter will be lighten up by lanterns during the full-moon festival which opened yesterday and runs until September 15 (the fifteenth day of the eighth lunar month).

A series of other activities such as traditional toy making, a photo exhibition on the mid-autumn festival preservation and puppetry performances will also be organised at Kim Ngân Temple (42-44 Hàng Bạc Street) and Quan Đế Temple (28 Hàng Buồm Street).

Visitors will have a chance to talk with the artisans and enjoy their performances of making moon cakes, masks and other toys for the festival.

The Heritage House at 87 Mã Mây Street will reappear the traditional space of how a family of Hanoians celebrate the full-moon festival in the past.

During the celebration, parents prepare many different foods, moon cakes and candies and fruits, such as grapefruit, red persimmon, longan, banana, and mango. All of them are designed with fun symbols such as dog, cat and mouse.

Children wear the masks, beat the drum, perform fantastic lion dances, sing folk songs in the house’s yards or in the streets and hold a procession with lanterns when the moon is rising.

The celebration will also take place at the Hà Nội Museum on September 10-11 to create a healthy playing ground for children in the capital.

During the festival, children can participate in folk games, make toys such as star lanterns, cardboard masks and lion heads, and make traditional cakes under the guidance of artisans.

Poet Trần Đăng Khoa, who has many poems for children, will have a talk about the origin of the festival this afternoon.

Children can also participate in a folk painting contest. Best paintings will be selected and awarded at the main ceremony of the festival on Sunday evening.

Children will have a chance to prepare the full-moon party with various kinds of cakes and fruits by themselves. In addition, children from poor families will be presented gifts. 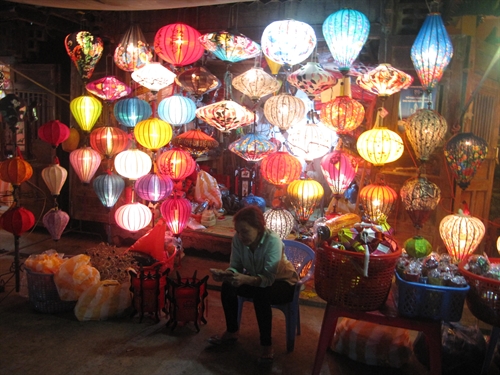 Festival in Hội An

The ancient city of Hội An will host a series of performances to celebrate the festival in the old quarter and in the Hoài River Square on September 12-15.

The city’s Culture and Sports Centre said yesterday a contest between lion and unicorn dances will open the festival at the Hoài River Square on the nights of September 12-13.

A performance re-enacting a mid-autumn night in the ancient town during the early years of the 20th century will be staged in the Old Quarter on September 14 from 6.30pm to 10pm.

Visitors can watch local residents make their offerings to celebrate the Full Moon Festival in front of houses on every corner of Hội An on September 14 (the 14th day of the eighth lunar month).

Lanterns will light up the houses, restaurants, cafés, shops and streets of Hội An during the festival. Candle-lit paper flowers will be also be released on the Hoài River.

More than 1,000 homeless children in HCM City will receive mooncakes, lanterns and other gifts this weekend from charity groups.

They will be entertained by young pop star Sơn Tùng MT-P, singers Bùi Anh Tuấn and Trang Nhung, who will perform for free at a music gala called Hát Với Chị Hằng (Singing with Moon Girl).

Children and artists will join a lantern parade at the Notre Dame Cathedral.

Trung Thu Mơ Ước, organised by the city’s Department of Information and Communication, will begin on Saturday night at the Book Street on Nguyễn Văn Bình Street in District 1.

The Department of Culture, Sports and Tourism and its partners will organise a festival called Thành Phố Tuổi Thơ (City of Childhood) for young kids and teenagers at Nguyễn Huệ Street in District 1.

The young children will enjoy a street mooncake and lantern party, while poor kids will get gifts from the organisers on the full-moon night on September 15

The event will also feature dragon dances and fashion shows staged by young performers of cultural houses for children.

More than 2,000 children from rural districts will be invited to participate in Trung Thu Sum Vầy (Happy Mid-Autumn Night), a variety programme at Suối Tiên Theme Park in District 9.

Lantern and fruit-tray design competitions, circus and magic performances, and water-puppet shows will also be featured.

A charity event party supported by local organisations on September 15 will be held for more than 100 disadvantaged kids, who will enjoy toys, cakes and gifts. 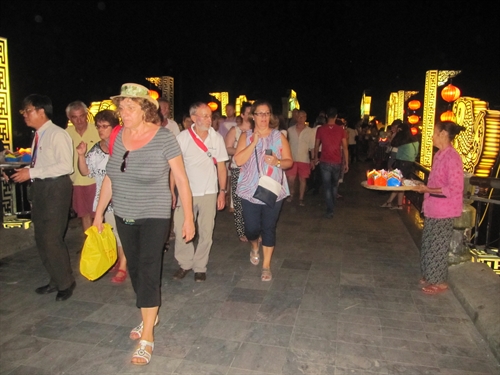