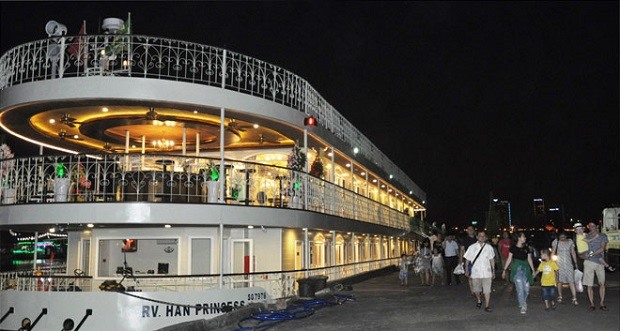 The ship, which was built with total investment of VNĐ50 billion (US$2.2 million), offers days and nights tours along the Hàn River.

The city has given licences for 29 boats for carrying tourists in the Hàn River.

According to the department, nearly 300,000 tourists, of which 90,000 are foreigners, booked tours and accommodation in the city for the four-day holiday (from April 29 to May 2), a 30 per cent increase compared with last year.

Four and five-star hotels were up to 80-85 per cent of capacity during the May Day holidays.